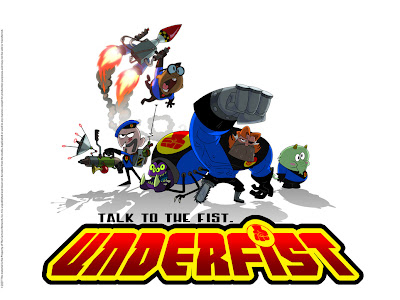 This will be the only broadcast in WIDESCREEN, it'll melt your face! 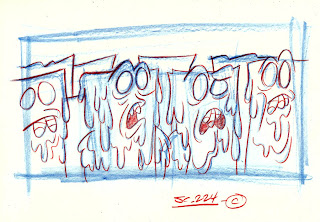 This is it! THE GRIM ADVENTURES OF BILLY AND MANDY "SPINOFF"!!! It's a feature length movie featuring B-character's turned action stars from series creator MAXWELL ATOMS. It's as if the A-Team were comprised of Lenny and Squiggy, and they fought hordes of hades and legions of undead lollipops. It's AWESOME to say the least!

What an amazing gig this was! Being able to work alongside my good friend, "America's Favorite Uncle" PHIL RYNDA , at some points, piggybacking designs: going over his original roughs, then him going back over mine, and then I in turn going over those, and so forth. So. Much. Fun. True, most of these characters existed in some form previously, bought Adam, er, Maxwell Atoms gave us free reign to push these designs and allowed and insisted we create these new forms as if this were their debut. I love nothing more than making shapes work into comedy/action hybrids. Maxwell Atoms was probably my favorite creator to work for (and YES, James Silverman--you were great too!). I hope he gets another job...and hope that he hires me. 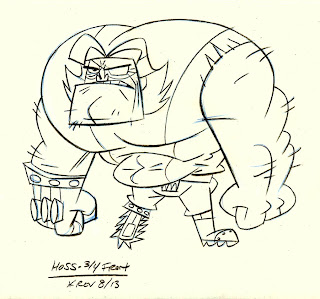 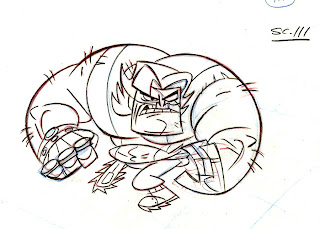 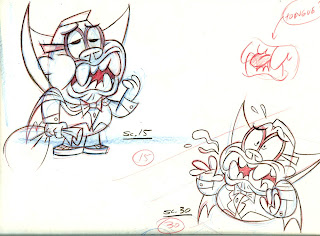 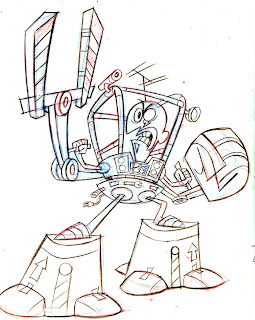 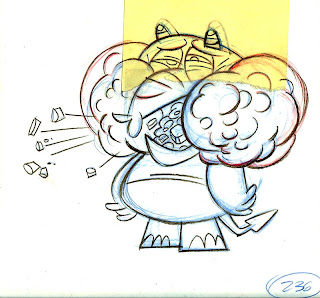 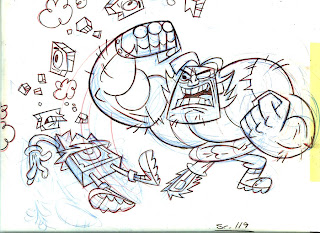 Doing "character layouts" like above are some of my favorite things to do. It really gives the folks animating overseas the proper template and map of a scene. 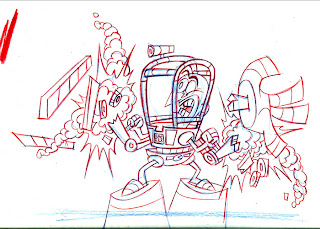 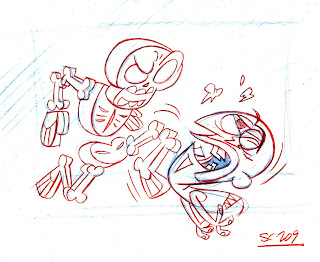 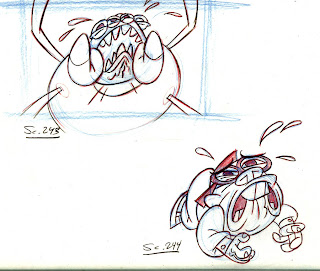 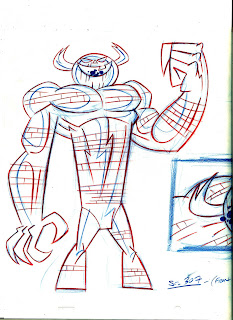 I even snuck "Kirby Dots" into some designs... 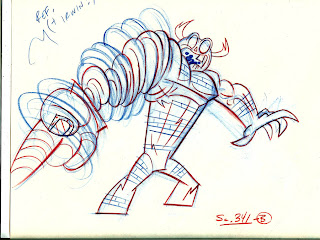 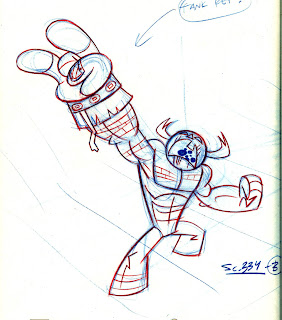 Awesome. Tivo-ed and ready to soak in the Suri-rynda greatness.

I have that top Underfist image as my new screensaver!

Makes me wish I had cable, as it sounds and looks like something I'd very much enjoy.
Great designs all around as well Andy!

Hope the show goes well, and hopefully I'll have a chance to pick it up on dvd to add to my growing collection.

Wicked!!! Looks awesome man!! I love the skeleton guy with the knee to the face!