"HE SHOWED US WE HAD EXTRA SKIN THERE" 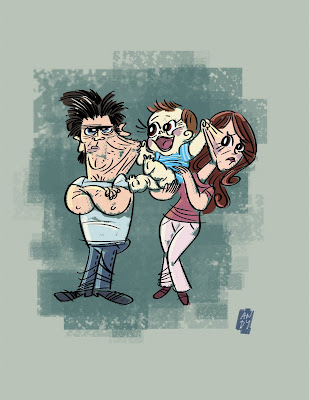 ...While flipping through an OFFICIAL HANDBOOK TO THE MARVEL UNIVERSE. My bible growing up. 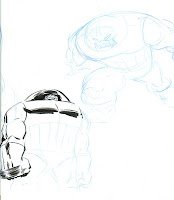 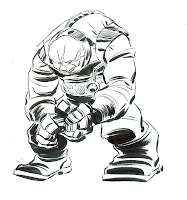 It's been almost exactly one year since we've moved from Ktown and my upstairs studio; hence one year since painting. This was the final piece in my "Tales of the Sea and Other Forms of Child Endangerment". It started out as a piece for a Gallery 1988 show, depicting a scene from Jim Jarmusch's DEADMAN. Needless to say, it sucked and I ended up doing a PeeWee Herman painting instead. Eventually I came back to it and painted this image over top of my debacle. I usually give up such endeavors due to overworking the canvas. This was the first time I was okay with the result--even if it is a little more than heavy handed with visual metaphors.

"AND I HAVE STARED INTO THE LIGHT AND SEEN HIM WHOM THEY SPEAK..." 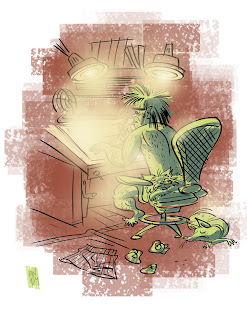 Man, light tables and cintiqs generate so much heat; it's like having a Vision Quest.
Posted by wolfboy at 2:05 AM 3 comments: 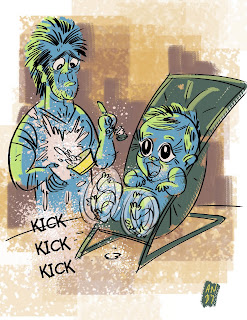 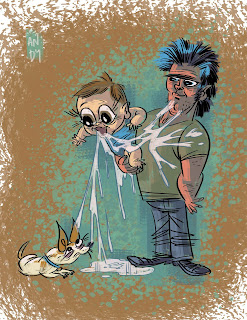 These are a couple of tales of fatherhood I've recently posted via twitter. I've just started tweeting; unless you consider that to mean something else--in which case I've been doing much longer. Technology has finally caught up to my narcissism!
The jury is still out on whether twitter is a fun way to catch up with mild acquaintances and porn stars, or a complete waste of time. I'm not on facebook for exactly that reason. That, and hoping for friendster to make a comeback. hahaha That being said, @Jon_Favreau retweeted an Iron Man drawing I did resulting in over 4k views within minutes. So, that's cool.
Posted by wolfboy at 10:18 AM 3 comments: