MY PLASTIC MAN PILOT HAS FINALLY BEEN RELEASED!!! 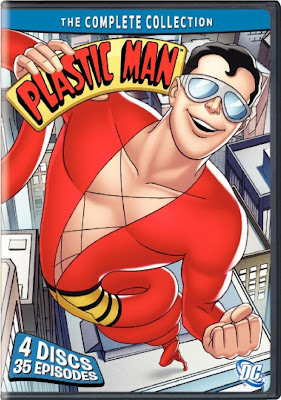 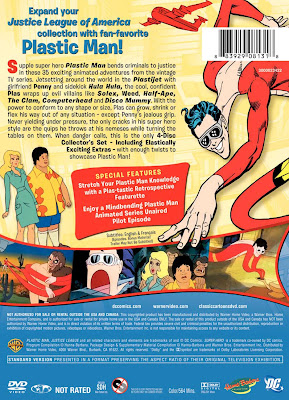 Be forewarned, the packaging is mislabeled--and our pilot is actually on disc 2. There's also a special featurette on disc 1 about the history of Plas and Jack Cole. The folks who put it together at The Cannery were generous with the amount of time they let me speak--even though I looked like a sweatier, twitchier version of a crack addict. They used a TON of our production art (looks GREAT, "Uncle" Phil Rynda, Stephen DeStefano)--floating and morphing behind me, Tom, Jerry Beck, Mark Evanier, Dan Riba and Batman: Brave and the Bold's James Tucker (sorry, James! hahaha). Check it out, let me know what you think!
...and y'know what this means? You can finally post, publish and saturate the web with the pilot! Get on it kids! heheehe
No, seriously. Do it.
Posted by wolfboy at 7:20 AM 14 comments: 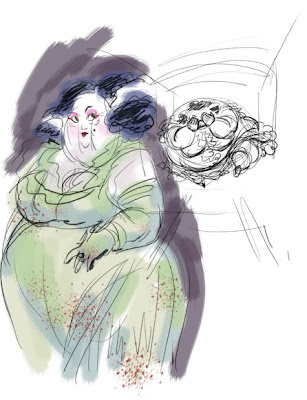 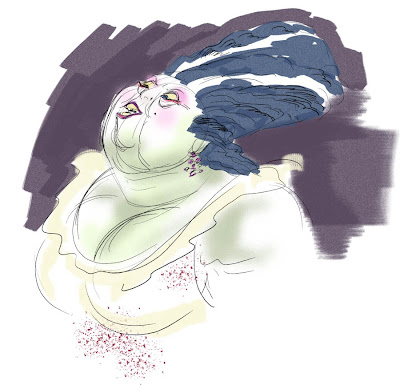 Not only do we have Dr. Offensteiner's Monster--but it's Bride in our DOC BIZARRE M.D. One-Shot as well. Whenever working from familiar or recognizable subject matter, I try to think of ways to separate our take from those before: sometimes it works, but sometimes designs are iconic for a reason, no reason to reinvent the wheel. Hopefully this departure from the "classic" Bride of Frankenstein will fit even better in our story.
Posted by wolfboy at 3:47 PM 10 comments: 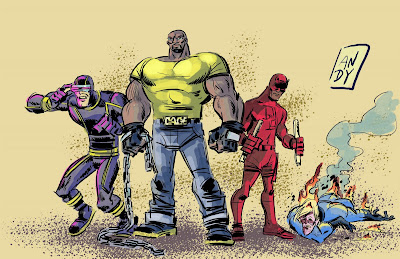 Seeing as how I only play one game a few times every 4 years, I haven't seen the point in "upgrading" to a better gaming system. Hey, if they're generous enough to keep putting games out for the older system , I'll gladly play them. That being said, after purchasing the latest "strategy guide" (see: "I suck", above), I get to see the game I COULD be playing on a newer system--as only 6 pages of the 300+ manual is devoted to PS2.
C'mon!
And so far, I've encountered technical "bugs" on two separate levels. On a side note: regardless of gaming consul, the developers took away one of the coolest features that was in the original--that being the plentiful costume options for each character (see: "classic" Luke Cage), and now only give you a choice of 2 and both are really lame (again, see: Luke Cage and even Wolverine's threads blow).
Just because I don't approve of Luke Cage's costume doesn't mean I excluded him from my lineup--he's my "heavy", Cyclops my well-rounded, Daredevil my agility character (since Iron Fist isn't an option for the PS2--another BIG strike against it) and replacing my former favorite flyer-and-not-available-for-MUA2 Spider-Woman is The Human Torch (depicted above in the way he typically appears when I play him).
Anyone interested in my previous foray into the original incarnation of this game, click on the link below.
Posted by wolfboy at 2:34 PM 5 comments: 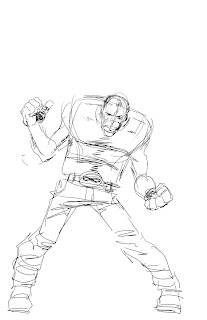 I realize I don't normally post too many things this rough, but thought it might be a nice change...even though the pose is almost the exact same as the post below.
Posted by wolfboy at 9:11 AM 1 comment: