I will have hardcovers, trade paperbacks, art books, teeshirts, original pages and prints--as well as doing sketches and commissions. I'll even "try"! 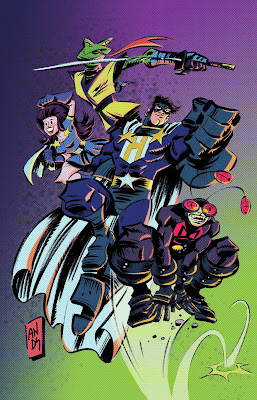 My friend Yuri Lowenthal (the voice of BEN 10 y'all!) has a very funny web series called SHELF LIFE about action figures 'after dark', so to speak...

They have an ASHCAN/comic that I did the pinup/cover for (above)!

"THE BATTLE BALLAD OF CUMBERDUNST"

I've had this CHARLATAN BALL one-off spinoff idea since I first designed this character in Charlatan Ball #1. 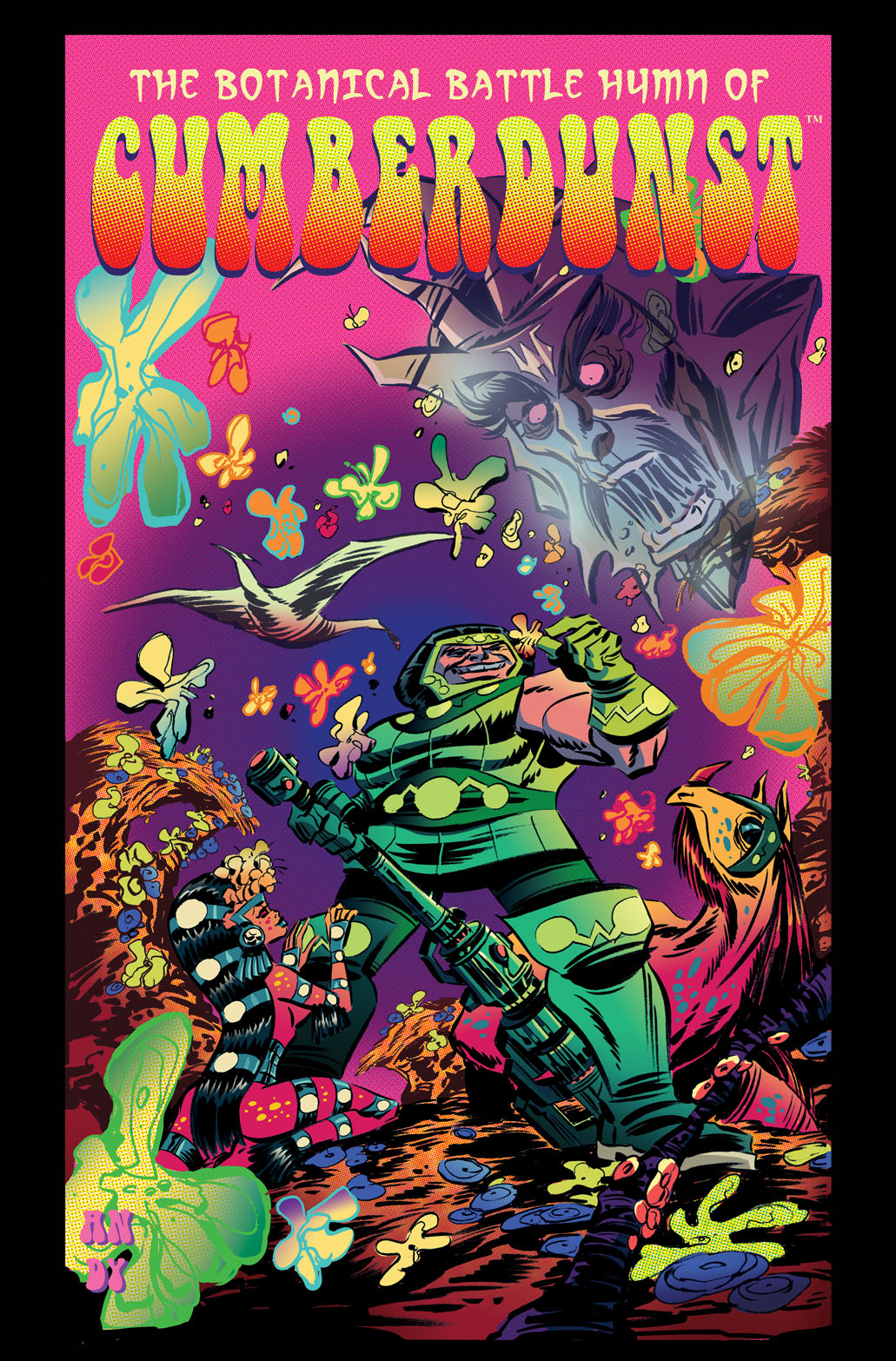 Wondering if anyone but me wants to see it happen? Who wants to buy this as a print? I will have this 'rock poster' sized at SDCC! 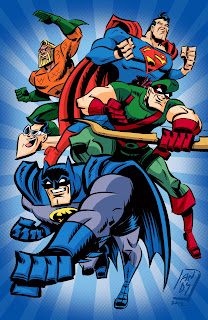 Detroit's Motor City ComicCon has come and gone--and despite previous warnings and negative reports regarding the show in years past, it ended up being AWESOME. Seriously. I feel very honored to have met the people I did--from the people who ran it (Miriam!), the person who suggested me (Dave Aikins!), my friends that came with me, old friends from home and especially all the new friends I met there! So many great people. I also was commissioned to do more pieces in Detroit than any other shows I've done before combined! I had such a blast, I wanted to share a few... 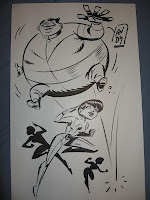 When con-goers discovered I worked on the Batman: Brave & the Bold animated show and comic (I sold out of all of my TPBs!), their requests were almost entirely of that show/style. LOTS of Brave&the Bold fans in Michigan (they must not have heard it's no longer on the air : (   ...) Unfortunately, no requests for my Demon Empty!? WTF! 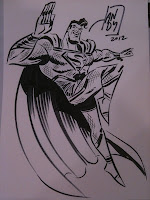 The gentleman who requested this version of Superman had very specific requirements as far as the costume goes... 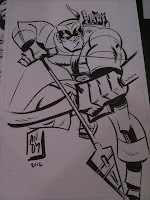 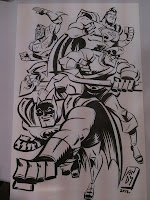 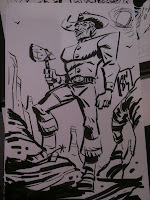 Jonah Hex was probably my favorite request (although Elvira was a close 2nd...) 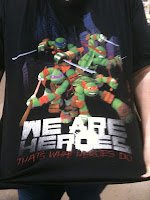 The world's biggest TMNT fan (and expert) also lives in Michigan...she and her sister were dolls. (Above is a shirt she wore depicting a pose from one of my designs/sketches!) 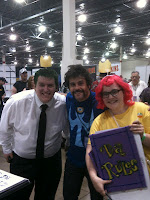 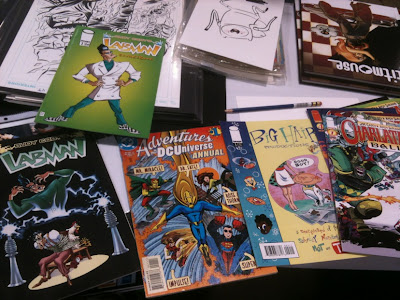 The dude that brought a collection of all my work, past and present earned a big spot in my heart. (the way to an artist's heart = ego!)


I would love to share and show more from this great show, but for now wanted to let everyone know I will have a table at the IMAGE COMICS booth for the San Diego Comic Con next week! Not only will I be selling my goods, but would love to draw some more commissions--so let me know if you're interested ahead of time or come find me. It's a juggernaut of a show, so I'd suggest dropping me a line ahead of time through astrobug@hotmail.com or via twitter @wolfboy74
Posted by wolfboy at 11:17 PM 5 comments: