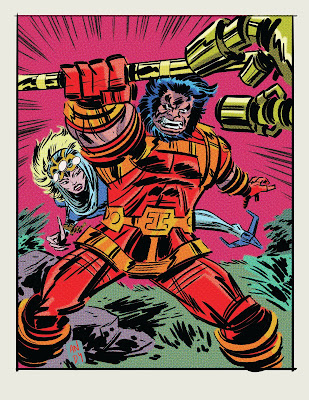 To further illustrate the profound impact this story had on me as a kid I depicted another scene from The NEW GODS story. I remember finding this issue buried in my brother's box of comics, wedged somewhere beneath Colan's IRON MAN and Buscema's AVENGERS. The cover was missing, so I had absolutely no idea what this was, nor the vast titles it belonged too (we were a MARVEL household, apparently). I thought it looked sort of how I imagined my brother's Micronauts toys would've been illustrated and the stories wherein (obviously I was wrong). All I knew was that I thought IZAYA THE INHERITOR was cool, cool, cool!
Posted by wolfboy at 12:42 AM No comments:

"HIGHFATHER WAS A BADASS!" 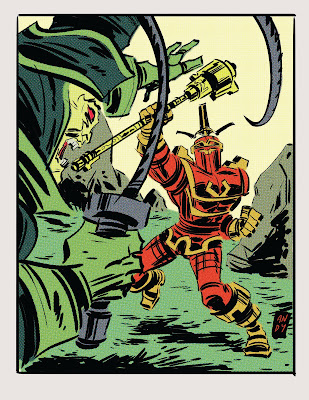 Continuing with a theme, I drew a scene from my absolute, hands down, favorite NEW GODS story. My favorite character in the Fourth World canon: IZAYA, THE INHERITOR!!!
Posted by wolfboy at 3:23 AM 2 comments: 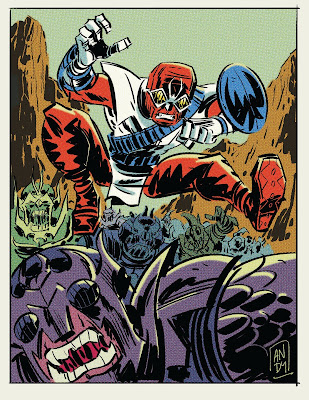 FORAGER is one of my favorite characters out of Jack Kirby's Fourth World NEW GODS stories. After finishing up a freelance job where I needed to digitally ink and color pages fast (6-9 pages per day), I wanted to turn that newly learned looseness onto a sketch for myself (and an image I can actually post). This was the result. Hope you enjoy!
Posted by wolfboy at 10:51 PM 7 comments: