I can only show a couple more pages, but here's page three. 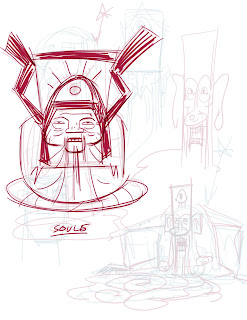 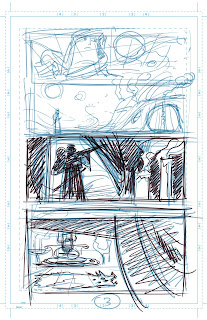 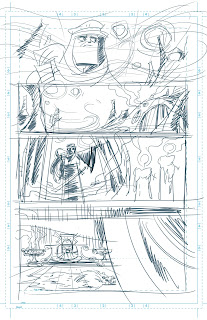 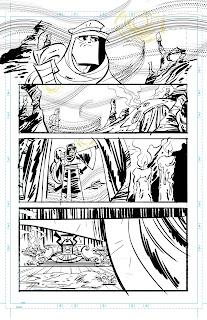 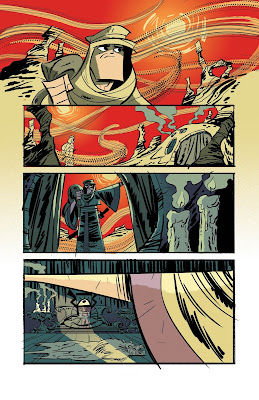 Following up yesterday's post, here's page 2. If you like what you are seeing, PRE ORDER your copy of IDW's Samurai Jack series from your local comic book retailer. 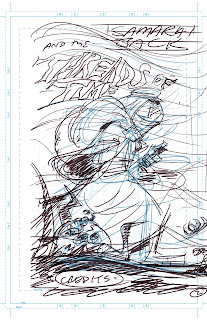 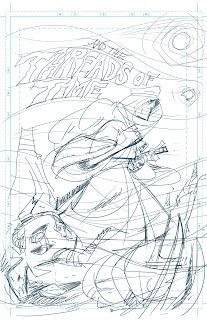 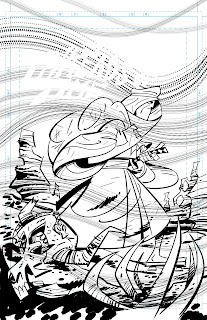 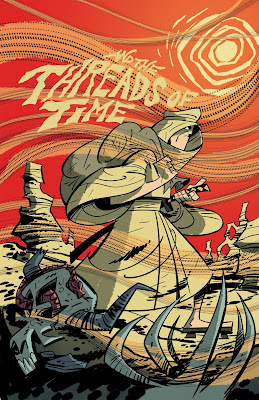 Colored page. Not final.
Posted by wolfboy at 3:29 PM 2 comments:

So how do you crank out a monthly Samurai Jack* book by adhering to the series stunning, line-less visual style?

Well, you can, but I didn't. I really hope fans of the groundbreaking series that I worked on will appreciate what I do bring to the book I'm doing with writer Jim Zub, despite my opting for the utilization of holding lines. Yes, there are lots of traditional and digital trickery in our arsenal and at our disposal as artists, but instead of simply mimicking the series aesthetic qualities that would no doubt pale in comparison to the original and thus fail any fans of the animated series and readers expecting a seamless translation--I decided to dig deep into early inspirations for Jack and other visual, tonal reference elements we utilized doing the television show and go with a far more boiled down, traditional method. So traditional, that it might look like it predates modern comic book series and hopefully harken closer to the golden age books,  MAD Magazine and Harvey Kurtzman in particular.

So, how do you handle translating a show with no holding lines? Well, in my case, you add tons and tons of lines. 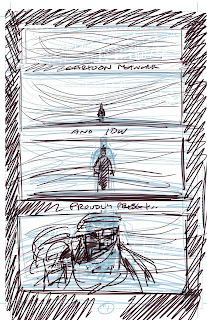 Above: initial thumbnail roughs sent to Jim and Carlos (editor) 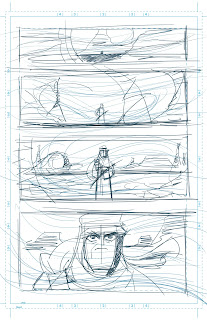 I tightened a bit more before cleaning up. 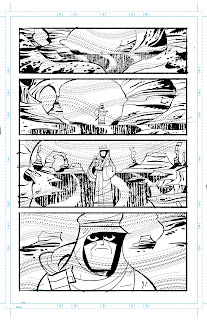 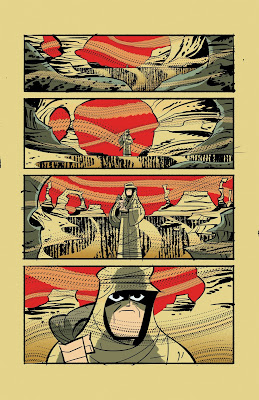 Colored PG 1. (Not final art) But close enough to post!


*Make sure you PRE-ORDER Samurai Jack #1 from IDW Publishing NOW!!! The book will be out in October.
Posted by wolfboy at 5:33 PM 5 comments: