This post might be slightly premature, seeing as how CHARLATAN BALL issue #4 hasn't even hit the shelves, but the colorist, MARC LETZMANN and I just finished a round of 'back and forth' with colors for issue #5, I was so excited about the results I thought I'd share some. Hot off the box! 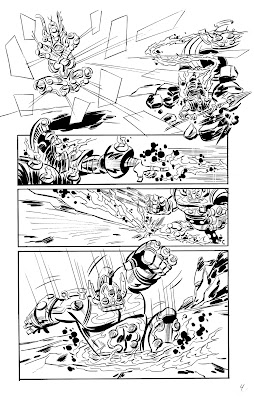 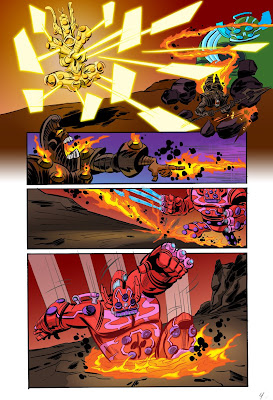 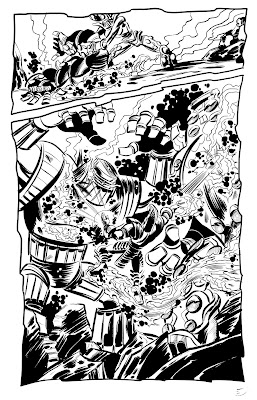 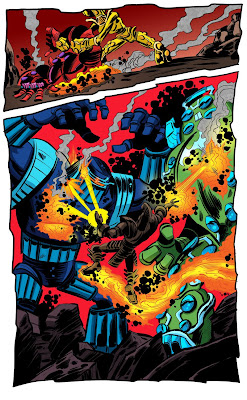 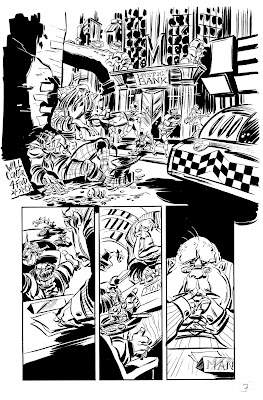 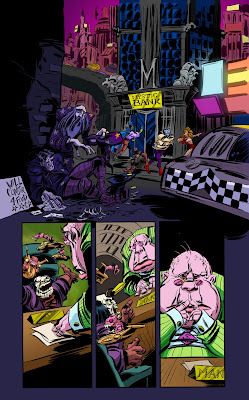 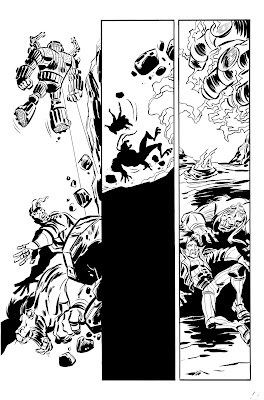 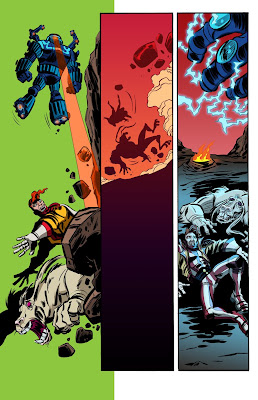 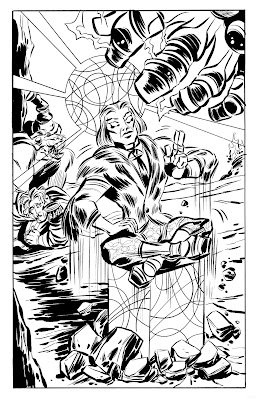 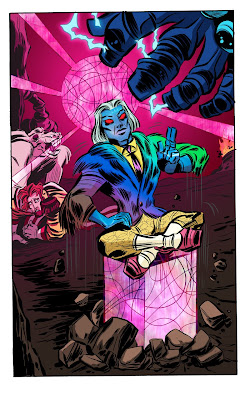 SOME THINGS I'VE STUMBLED UPON...

...WHILE LOOKING FOR SOME OTHER THINGS.

Y'know, when you're googling images for reference, etc. and you find gems that make you smile, inspire or enraged? Well, we'll stick with the first two emotions as I walk you through my sifting...like a 49er and his pan of gold. Mind you, these aren't images I sought after, only the ones that I happened across in my quest.

I'm not sure where I pulled this off of, or perhaps whose blog it occupied previously--or exactly who the artist was that did this, mighty fine tribute to KING KIRBY...but it took my breath away--in the most romantically inappropriate way possible. Those colors...that costume; HELA, possibly one of my favorite Kirby designs.

I. Love. That. Costume.
...Seriously; what is it, two colors?! Genius: it's already such an elaborate, overly complicated design, sticking to monochromatic color schemes made it bold, made it strong, made it one of my favorite designs. Ever.

Does the above image need any explanation as to why its up here?

Got to love it when folks put up hi-rez scans of their original Kirby art they're auctioning off on eBay! Suckers.

This anthology book is coming out soon from Image--featuring art and stories from guys on the other side of the world. Some of the work in here looks really, really impressive. You can check out a preview here.

I stumbled across this image from a colorist I'm smitten with named Dylan McCrae. His pyrotechnic palette can be seen in the latest issue of SAVAGE DRAGON #137!

To be honest, I've no idea WHERE the above-images came from. I think it's an Indian Comic Book Series, but to know for sure would be to google it specifically instead of the indirect surprise the rest have been. I'll have to make sure and do a follow-up. It definitely reminds me of Howard Chaykin's work, along with his dashing, misogynistic anti-heroes...even down to the haircut! 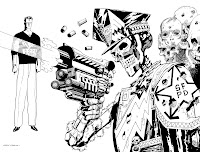 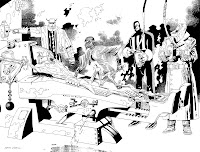 Aahhh...my favorite anti-hero, hero-killer MARSHAL LAW. Geez, talk about stories and images that've shaped my idea of the medium, FEAR and LOATHING is one of the BEST graphic novels on the planet. Incredible. While I'm happy Kevin O'Neill is taking a break from LEAGUE of EXTRAORDINARY GENTLEMAN to put out another volume of this futuristic cape-killing cop, I'm bummed to discover it looks to be another picture-book with less pictures and more book, if you catch my drift. 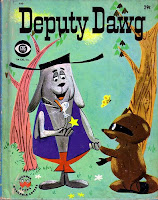 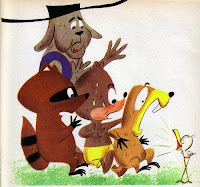 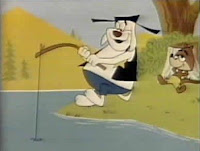 ...and here's my favorite cartoon of all time. I think I found these images while investigating any possible leads on DVD collections. Sigh. Sure, in retrospect it probably wasn't a great cartoon by any stretch--but I long for the day when I can create and produce a cartoon where the main characters spend the entire episode going fishin'...or persimmon pie poaching....or shooting guns. I also loved how "off model" the book covers were to the actual animated designs.

...and call me "late to the party", but I just had no idea just how MANY people steal from Ronald Searle.


And my favorite thing of the moment:

What and amazing 1967 manga by KAZUO UMEZU. Not a big fan of reading things backwards, I picked it up on a lark and mostly because I'm working on an idea seemingly very similar and wanted to make sure I was only stealing the good parts-- (haha).

And for Japan's answer to our Leprechaun Trilogies, check out this trailer. I dare you not to tinkle a little in your pants. 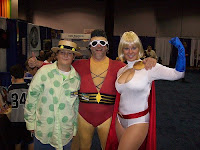 I'm not sure I can dutifully explain the mind explosion that occurred when I saw this online. All of my faves...in one powerful embrace.

Mwaw! Oh come on Bats, quit being so butch--a little PDA won't kill you!
Posted by wolfboy at 7:54 PM 8 comments:

WHAT DID YOU DO LAST WEEKEND?

I'll let you know how you can get one of these for a STEAL at a charity auction coming up... 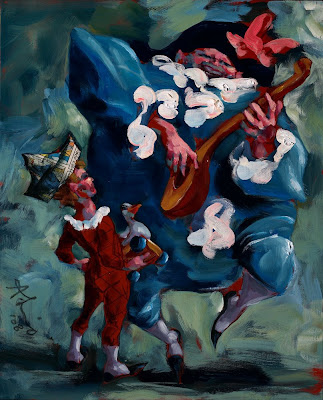 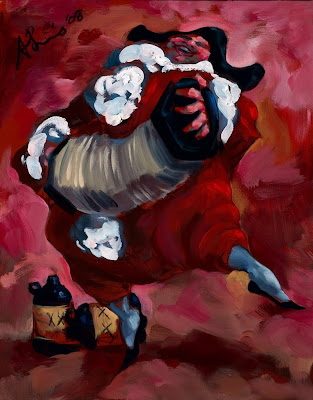 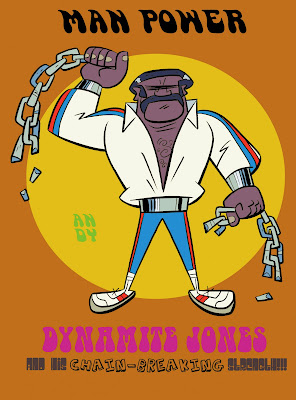 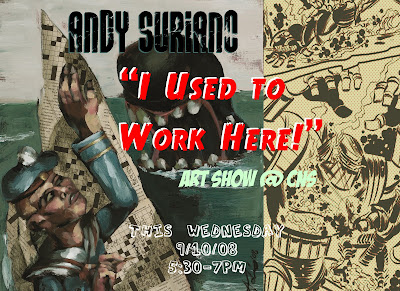 That's right boys and girls, tell your parents to get sitters! Mothers, lock up your daughters (I don't know what that means), my work will be adorning the halls and walls of Cartoon Network Studios THIS Wednesday, September 10th, 5:30-7pm. They'll have refreshments (though I was told not quite the fanfare they once did---anyone remember when I had corndogs and circus foods at my last show?) I'll have my specific genre of Sea-inspired Paintings (that, if you'll recall or bothered to dig deeper, discovered they were, in fact an analogy to being laid off, casted off and away after having produced work and pilots for the networks), AS WELL AS some original pages from Charlatan Ball! Should be an interesting mix.

This was a last-minute event, as I'm filler until the next, "actual" show takes over next month. I'm just happy they still had my number! hahaha I kid, I appreciate ANY opportunity to slap my paintings on bare walls. A big THANK YOU to Leigh @ YES GALLERY in Rhode Island, for not only showing me these past few months, but being kind enough to ship my pieces back so I could include them as a whole, body of work. I'm still on the fence about selling anything, as I'd like to keep these paintings together for an actual show...if any galleries would be interested...? I might let go of a couple, perhaps a few comic pages as well--once I find out what a good price would be. I will DEFINITELY have some "ART OF ANDY" hardcovers on hand, so please make sure to ask me for one!

See you there, and for my friends that are still employed: see you there!

FOR ANYONE WHO WANTED TO SEE ME IN A WEDDING DRESS...

...AND FORCIBLY TRYING TO KISS WIL WHEATON on "The Gorgeous Tiny Chicken Machine Show", then this video's for you!

This, plus my PEE-WEE PAINTING from the GALLERY 1988 "CRAZY 4 CULT" SHOW got me a mention on his highly trafficked BLOG.

Thanks for the kind words, Wil! Sorry about my breath!

...then imagine receiving this email in the middle of the night from the guy that's coloring your comic book: "Man, I just saw you in a dress trying to kiss Wil Wheaton. Joanne's friends with him, we had dinner during the convention. Joanne and her crazy connections. You and your hairy chest."
Posted by wolfboy at 11:38 PM 3 comments: 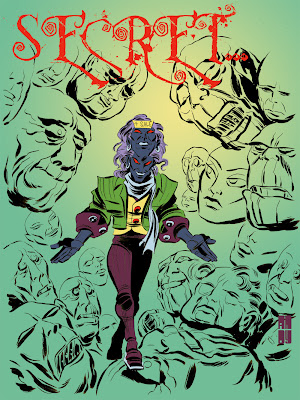 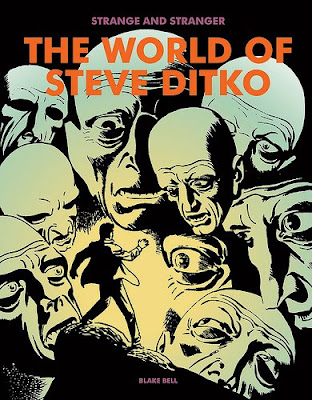 ...and my apologies for such pedestrian Photoshop pieces of late. Just an exploration of simple, flat colors.

And if you haven't already, do yourself a favor and pick up "Strange and Stranger: The World of Steve Ditko", available at finer comic shop establishments or Amazon.
Posted by wolfboy at 4:57 PM No comments: