As I posted previously, the first ever IMAGE COMIC EXPO is happening THIS weekend up in Oakland, California! If you are coming up, come say "hi"--I will be in the Artist's Alley area, table 204. I'm looking forward to meeting new people and having my ego either stroked...or crushed. Please help it be the former!
As a special treat, I created exclusive prints JUST FOR THIS CONVENTION!!! 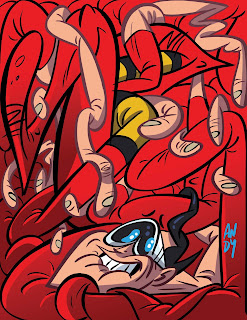 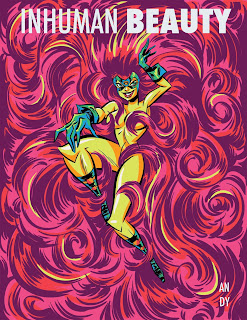 Joe Casey and I will also be doing a special signing Sunday, 1-2pm at the Image proper island. Special giveaways abound like these exclusive prints below: 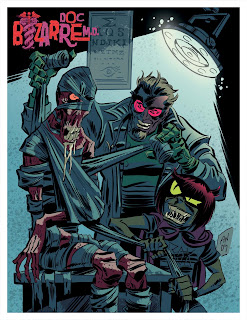 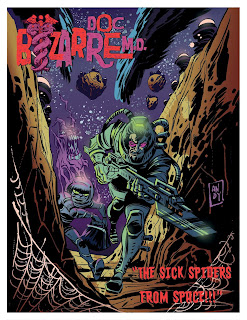 So please come on by, say "hi", get a sketch, original pages, prints, teeshirts and books...or rifle through all the neat stuff on my table, asking me where Robert Kirkman is.

Posted by wolfboy at 7:55 PM No comments:

MY OWN PERSONAL "IMAGE"

It's IMAGE COMICS big 20th Anniversary as well as the debut of Image Expo this coming weekend in Oakland California (some would speculate to take the place of Wondercon, which decided to migrate down to Anaheim this year). To say Image Comics had an impact on the way we perceive and collect independent comics is an understatement--but it's the fact that it remains to be what it started off as: a safe haven for artists and creators to own their properties 100%. Well I might not be as fortunate as Robert Kirkman to have my comic creations bought, developed and successfully greenlit to series or film, but at least I get to live an die by my own sword under the creator-owned mantra. That being said, I would still very much welcome the former windfall of good fortune and mass appeal--but I digress...
In light of the occasion, I thought I'd take a moment via blog post and share my own long, diverse, almost two-decade history with the publishing company...
In 1996, just a few years after Image Comics was formed and several years before I grew back hair, there was the world's greatest magician named Rudy Coby and his uber weird, super unique altar ego named Labman!

This sourcebook, along with a super cool poster were freebees at the 1996 Sand Diego Comic Con.

Only one issue was ever printed, although if memory serves, I inked to completion 5 issues--most of which while living in Berlin, or traveling wherever else the (eventual TV) show took us, in post war hotels or surviving pre-war apartments and almost always on some makeshift desk under poor lighting. I was young. I was an Elvis impersonator in a mad circus, Vaudeville review. It was romantic. 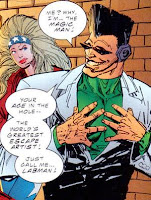 Like the magician he is, the short-lived Labman series disappeared in a poof of smoke, paving the way for my very own (albeit also short-lived) series...

I did BIG HAIR PRODUCTIONS back in 1998-2000 if memory serves correctly, the first issue while still living in Detroit, the second after moving to Los Angeles and starting my career in animation. The best part about this title was getting to continue to work with Image and more importantly my good friend and then-art-director Doug Griffith. Everything was traditional, I even scoured art supply stores across the country for their picked-over, beyond dated sheets of Zipatone. I had aspired to make my own version of Saturday morning cartoon shows (remember those?), back in the days when cartoons were still on Saturday morning--but desired to package it like an easily accessible comic you would get free with a kid's meal at Bob's Big Boy.  The paper was cheap, the jokes bordered on tacky, but all in all this book holds a dear place in my heart. You can read a little bit more about it HERE.

Jump forward many years later with something a little different...but now seeing all the work together I can recognize familiar techniques...

Charlatan Ball was a collaboration between Joe Casey and myself (an introduction made by his wife, my then development executive at WB Animation Megan). It was and remains to be a pure visual expression of my Id. I hope to do more, because I know we've only begun to scratch the surface of our insanity. 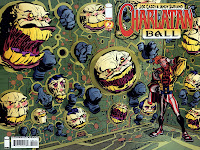 Here's a glimpse of what one of our jam sessions looked like: 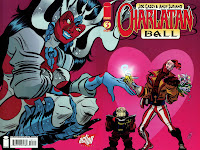 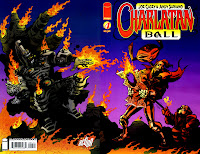 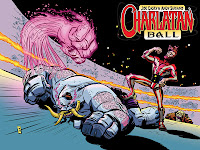 After the first 6 issues were collected of that series, we decided to set aside our magic wands, trading in our book of spells for scalpels and syringes to play in another genre--with our own little touches and came up with Doc Bizarre MD:

I hope you enjoyed my little visual tour through memory lane--and more importantly hope you've enjoyed one or more of my books. I hope to continue publishing my ideas through Image. I am currently working on a few right now that will hopefully be seen in the light of day (or announced at another convention) soon! Until then, I will let your imaginations run with what those ideas might be and in what genre I decided to defile next...

Posted by wolfboy at 5:26 PM No comments:

Look! I've got friends! Super, extremely talented friends...
Super excited to be a part of THIS LOS ANGELES Gallery's annual group show. Sadly, I will be in Oakland for the Image Comics Expo, but that's an announcement for another blog post. Just because I won't be at the opening doesn't mean you can't be (I'm a terrible conversationalist in person anyway). You should go and you should buy my piece (below)--it's super cheap!! 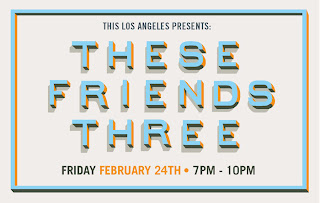 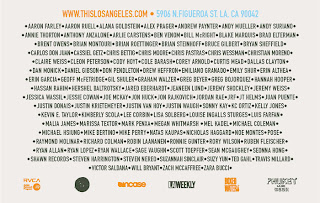 My humble and rather grotesque contribution... 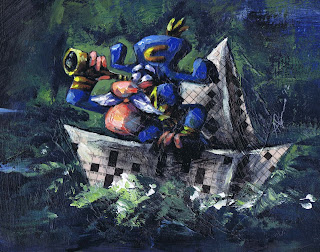