(MY) CAVALCADE OF CARTOONS WEEKEND!! 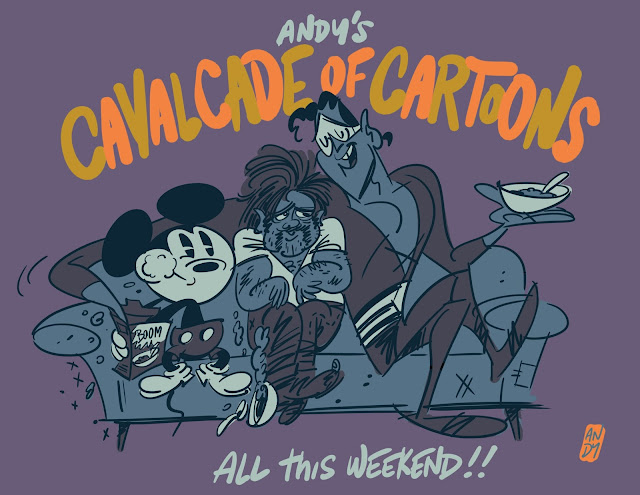 Starting this Friday, June 28th at 8:30pm on The Disney Channel, you can see the brand new MICKEY MOUSE shorts I've been working on the past year--AND the very next morning you can turn on CN to watch another PLASTIC MAN short I did for DC Nation.

...then ANOTHER, all new MICKEY MOUSE short Saturday night, then another Sunday evening.

Sick of me yet?

Here's one of many great articles mentioning the MICKEY shorts:
http://comicsalliance.com/mickey-mouse-animated-shorts-preview-paul-rudish-disney-review/
Posted by wolfboy at 1:25 AM 1 comment:

"THE BAT AND THE EEL"

Here's some preliminary art for the eps. 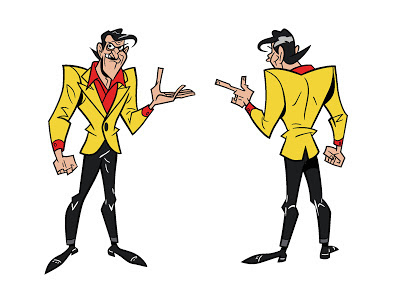 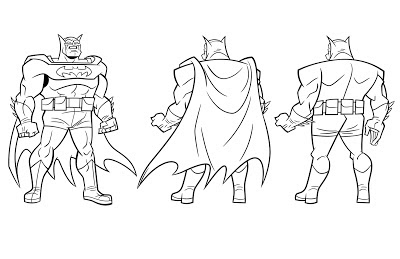 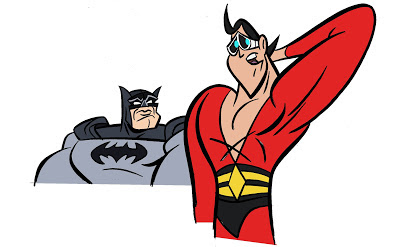 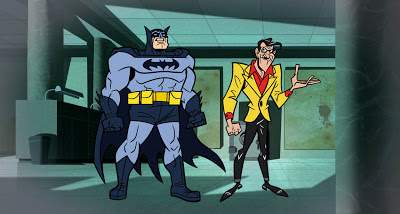 Because I am doing another project for IDW, I was asked to take a stab at a TRANSFORMERS cover in the animation style of SAMURAI JACK. The evolution of the cover below: 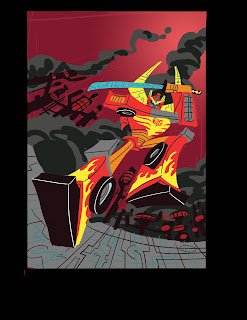 This was my initial concept sketch. 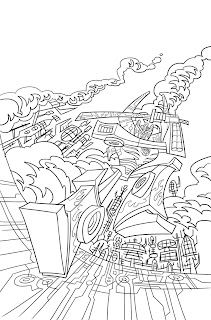 Above was the final cleanup--knowing I was just going to self-color the holding lines. 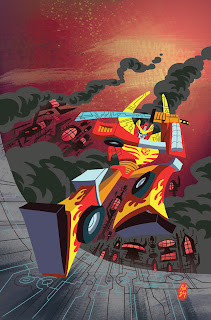 The final painted version. Had I just a little more time, I definitely would've adjusted the colors to Rodimus' feet and shoulders to read better against the backgrounds. Lazy mistake on my part. My bad. 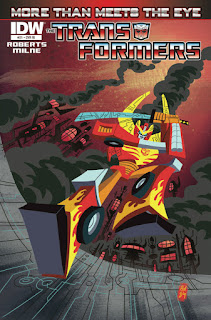 SKETCH FOR A FRIEND

I've so much I want to post, but too many projects in too infantile of states to feel comfortable--and all those other ones I'm not allowed to show. So, until then, please enjoy this sketch I did for Joe Keatinge. 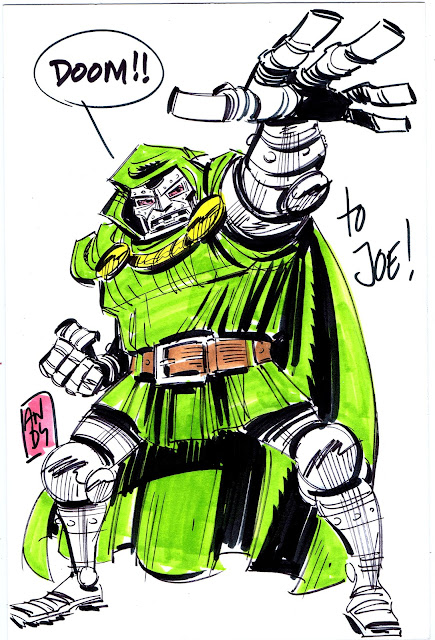