Post (Sweet) Christmas has been a busy one. I'd love to actually post ALL of the work I've done from then until now--but some I want to keep under wraps for the time being.

The piece (below the guy with the 'piece') was a marker and pencil drawing JENSEN was kind enough to squeeze into the GALLERY 1988 show: "Under the Influence: Inspired by Stan Lee". My inspiration was all those amazing 60's comic books that depicted The Silver Surfer or The Thing (among every other hero AND villain in the Marvel Universe)--disguised only in a khaki trench coat, anonymously walking down the street like "one of us". 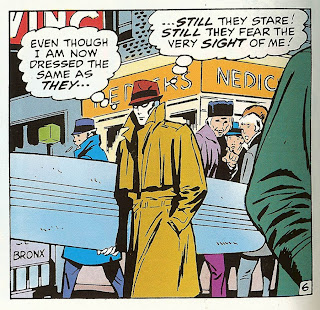 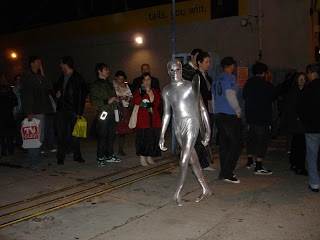 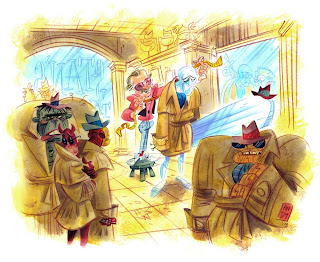 I was mere minutes too late to get a photo with Stan the Man; but intrepid boy reporter, TODD CASEY--sporting what could only be referred to as an uncanny likeness to Peter Parker; managed to snap THIS photo of the living legend, pointing and actually LAUGHING at my piece! How cool! 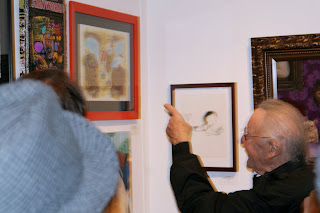 Peter Parker or Jimmy Olsen; guess that depends on if you're a MARVEL or DC guy. 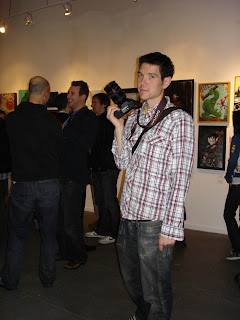 I dunno, that dude in the Silver Surfer costume looks pretty damn sexy to me. Those loose shiney leotards drive the ladies wild. Kick ass work as usual :D

Awesome pic of Stan getting a chuckle... A late Xmas gift from the Nerd Gods...?